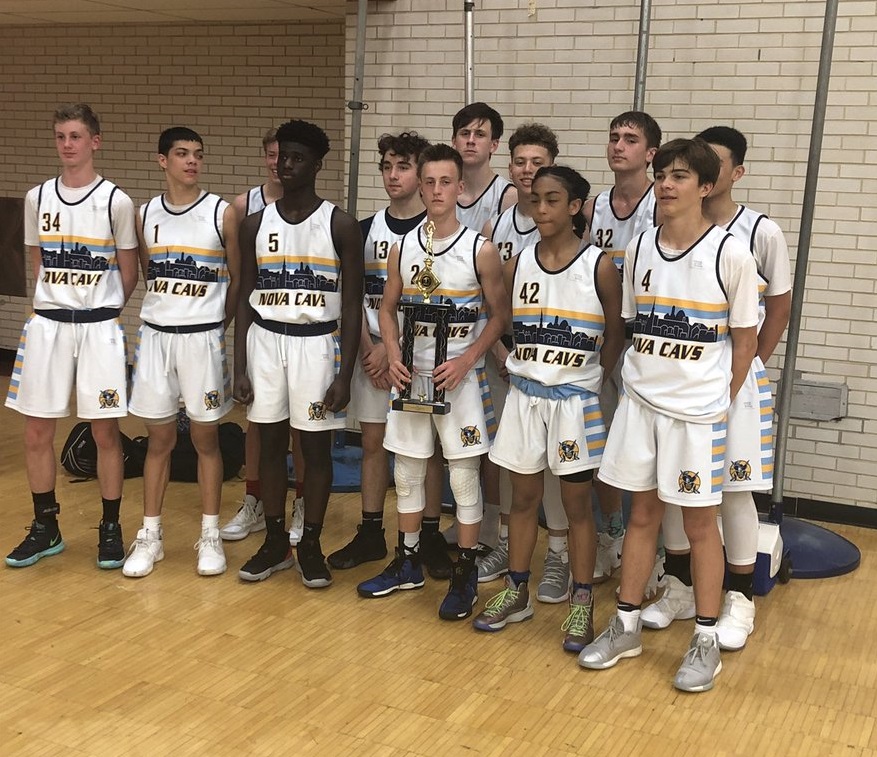 NOVA Cavs 15U-Corish team winning the Battle of the Beltway Championship at Mt. Vernon HS in Alexandria, VA Hyattsville, MD / Fairfax County, VA / Ellicott City, MD –  Six of the teams from NOVA Cavs were in action this weekend.Two of the Cavs team played this past weekend in the Mount Vernon Battle of the Beltway tournament.  It was a great event for the Cavaliers, as both teams played well and finished with a combined 6-1 record.  The 14U Cavs-Roller went 2-1 in the event, while 15U Cavs-Corish won the Tournament Championships rolling four straight victories over the weekend. NOVA Cavs 17U-Fort team winning the Zero Gravity DMV Super Cup Championship in Hyattsville, MD For the 17U Cavs-Fort’s team, NOVA took home their second tournament championship of the year […] 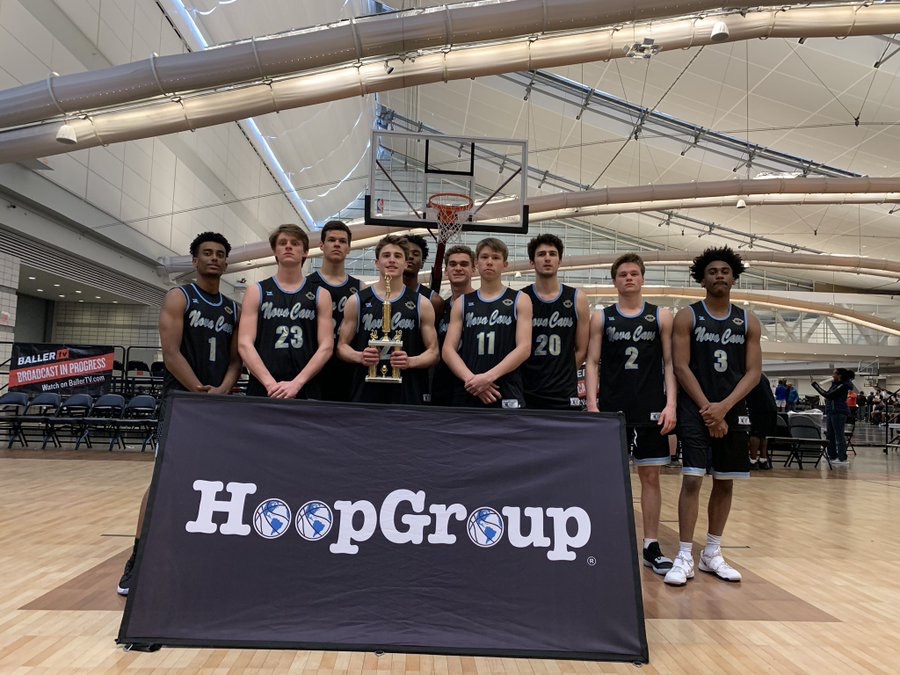 NOVA Cavs 17U-Lin team winning the Hoop Group Pitt Jam Fest Gold Championship in Pittsburgh, PA Pittsburgh, PA / Fairfax County, VA –  Nine of the teams from NOVA Cavs were in action this weekend.Five of the Cavs team traveled up to Pittsburgh, Pennsylvania this past weekend to participate in the Hoop Group Pitt Jam Fest.   It was a terrific showing for the program, as our older age groups performed extremely well and finished with a combined 8-2 record.  The 16U Cavs-Callaghan went 2-1 over the weekend, while 17U Cavs-Fort also performed solid throughout the tournament and completed with the same record.For the 17U Cavs-Lin team, NOVA took home their third Hoop Group Pitt Jam Fest Championship in three years, as Coach Lin’s squad […] 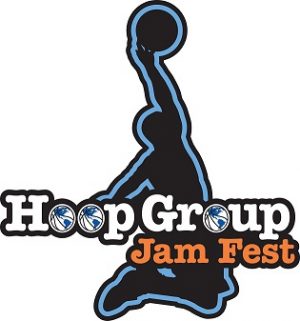 Check out all the NOVA Cavaliers in action this weekend!Pittsburgh Jam Fest17U-Lin, 17U-Fort, 16U-Callaghan, 15U-Corish and 15U-Sullender will play in the prestigious Hoop Group Jam Fest this weekend at Pittsburgh, PA.NOVA 94feet Spring ShootoutOur 13U, 12U and 10U teams will play in the NOVA 94feet Spring Shootout this weekend in Fairfax County, VA.Elevate Hoops Live in the DMVOur 16U-Gray Mendes team will participate in the Elevate Hoops Live in the DMV event in Springfield, VA this weekend.

Bailey Coppage of NOVA Cavs 16U-Callaghan going up for the lay-up at the DMVelite Live Period Warm-Up in Temple Hills, MD Hyattsville, MD –  Only two teams were in action this weekend for the NOVA Cavs in the DMV area.16U Cavs-Callaghan and 17U Cavs-Lin both participated in the DMVelite Live Period Warm Up tournament in PG County, Maryland.  The two Cavs teams combined to go 4-0 in the one-day event.  Led by sophomores James and Jalen Jasper, Aaron Bremser and Nate Legg- Coach Callaghan’s team defeated Edge Bulldogs and DMV Impact.  17U Cavs-Lin team finished the event 2-0, with outstanding contribution from Daniel Mbangue (Fairfax) and Daniel Peterson (Hayfield).Aaron Bremser of 16U Cavs-Callaghan at the DMVelite Live Period Warm Up at Bishop McNamara high school Next weekend, […] 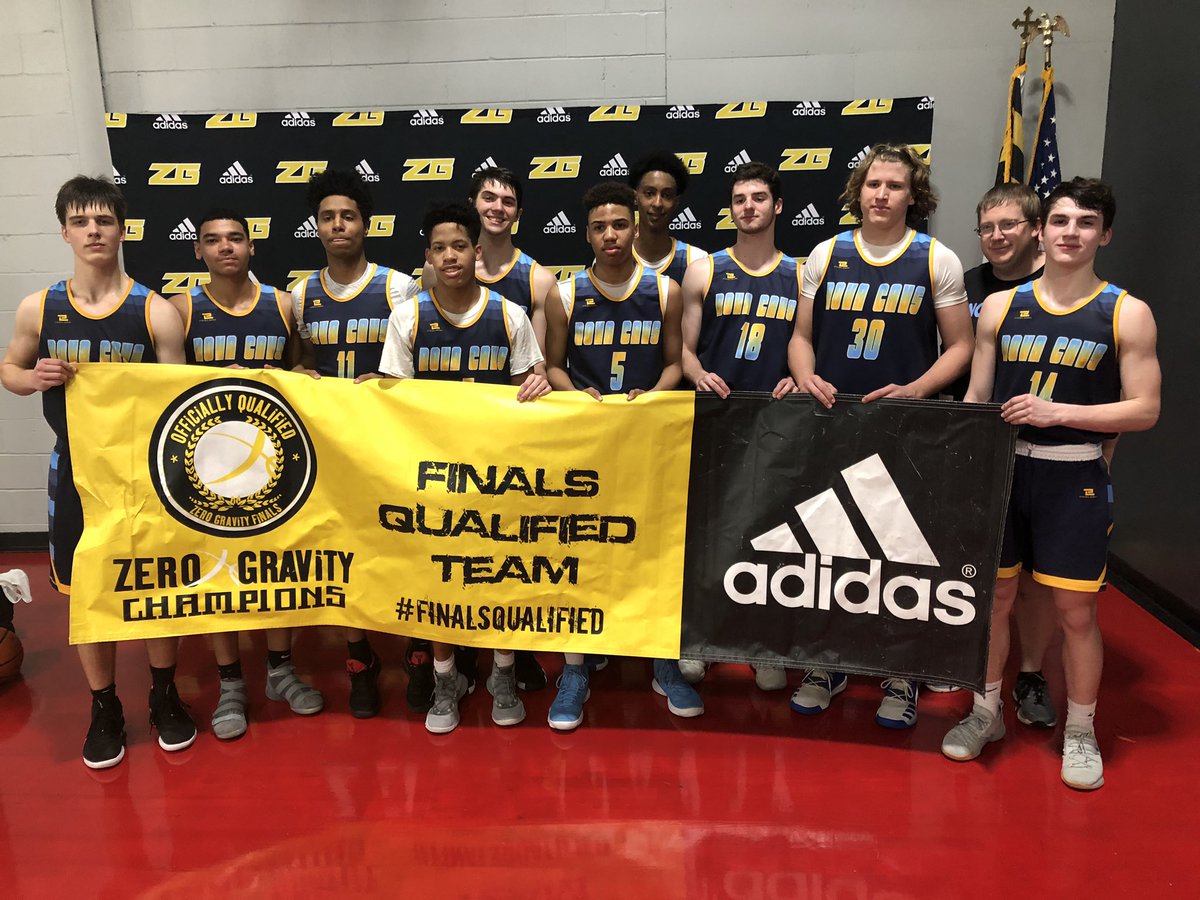 NOVA Cavs 17U-Fort team winning the Zero Gravity DMV Opener in Hyattsville, MD Alexandria, VA / Loudoun County, VA / Hyattsville, MD –  Six teams from NOVA Cavs were in action this weekend in the DMV area.Three of the Cavs teams were in the Zero Gravity DMV Opener this weekend at Athletic Republics in Hyattsville, MD.  The 17U Fort’s team finished 3-1 in the event, avenging their only pool-game loss to Maryland D-Fenders and took home their first Championship of the season.  Congratulations also goes out to Coach Mark Gray-Mendes’ 16U Cavs team, who went 4-0 and undefeated for the weekend.  16U Gray Mendes team won their first tournament of the year and is now 6-1 combined after first two weekends of the young season.NOVA Cavs […]

Check out all of our NOVA Cavaliers in action this weekend!Zero Gravity DMV Opener17U-Fort, 16U-Gray Mendes and 15U-Sullender will play in the Zero Gravity DMV Opener this weekend at Athletic Republic in District Heights.Crossover Hoops Virginia Regional #1Our 15U-Corish and 14U-Roller will participate in the Crossover Hoops VA Regional #1 event in Loudoun County this weekend.BRYC Open ClassicCavs 13U-DeSenti team will play in Fairfax County at the BRYC Open Classic event this weekend. 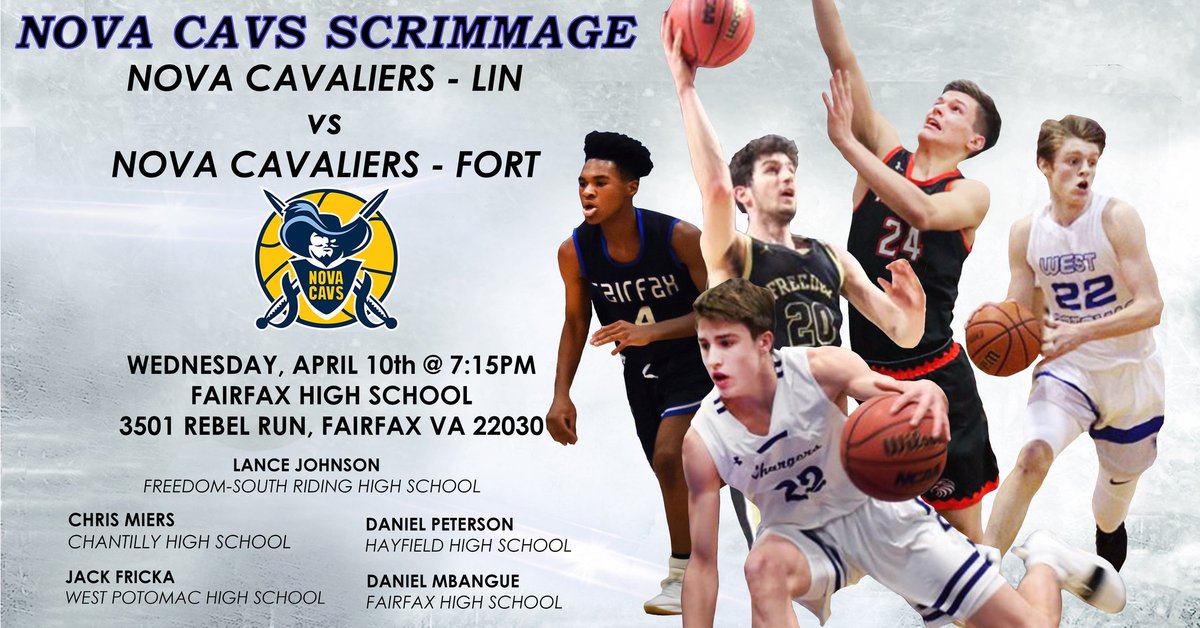 NOVA Cavs 16U-Gray Mendes team at the Charm City Beast of the East Tournament in Baltimore, MD Washington DC / Loudoun County, VA / Baltimore, MD –  This weekend marked the 15th season of NOVA Cavaliers AAU Basketball program on the AAU circuit, as we kick off the 2019 with nine teams in action.NOVA Cavs were well represented in the Elevate Elite Capitol Hoop Fest this weekend at Catholic University.  The 15U Corish’s team finished 1-2 in the event, with competitive games against Team Durant and Team Melo White, before securing a big win over Metro All-Stars to close out on Sunday.  17U Fort’s also had a strong performance, as they went 2-1 over the weekend with victories over Laurel Lakers and VA Select.  […]