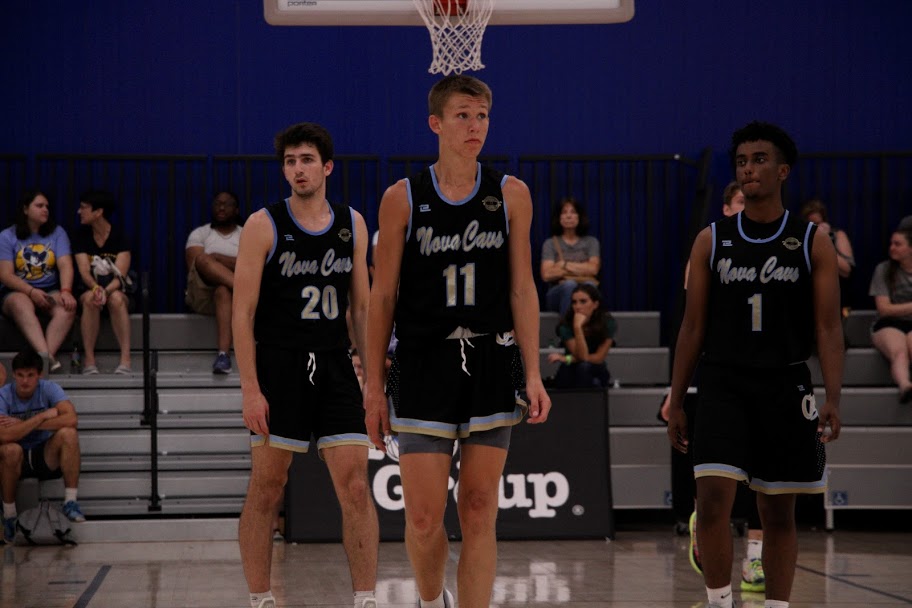 NOVA Cavs 17U-Lin’s team taking on the court at the Hoop Group DC Jam Fest at The St. James in Springfield, VA this past weekend Springfield, VA –  Three of our top NOVA Cavs teams were in action this weekend.Playing in the top division of the Hoop Group DC Jam Fest, the 17U NOVA Cavs-Lin team made an impressive run to the Elite Bracket Championship game.  Coach Lin’s group rolled off four straight victories with wins over Connecticut Elite DBC and South River Shooters on Saturday, then took down Premier Hoops Development (PHD) and Adidas Gauntlet New World Gold, before fallen to Crown HGSL in the tournament final on Sunday.  The impressive run by the Cavs capped off a 13-3 record in Hoop Group Jam […] 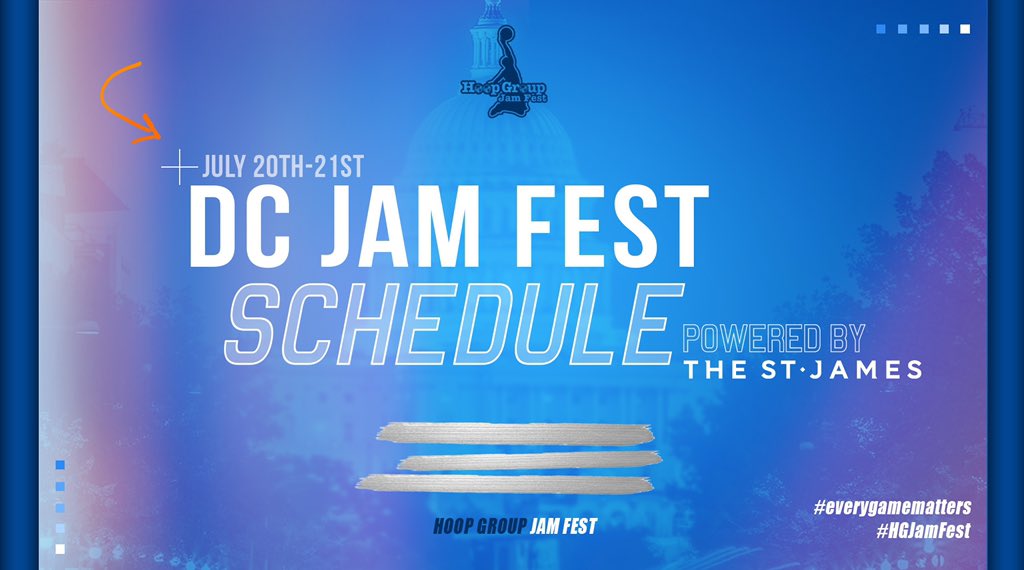 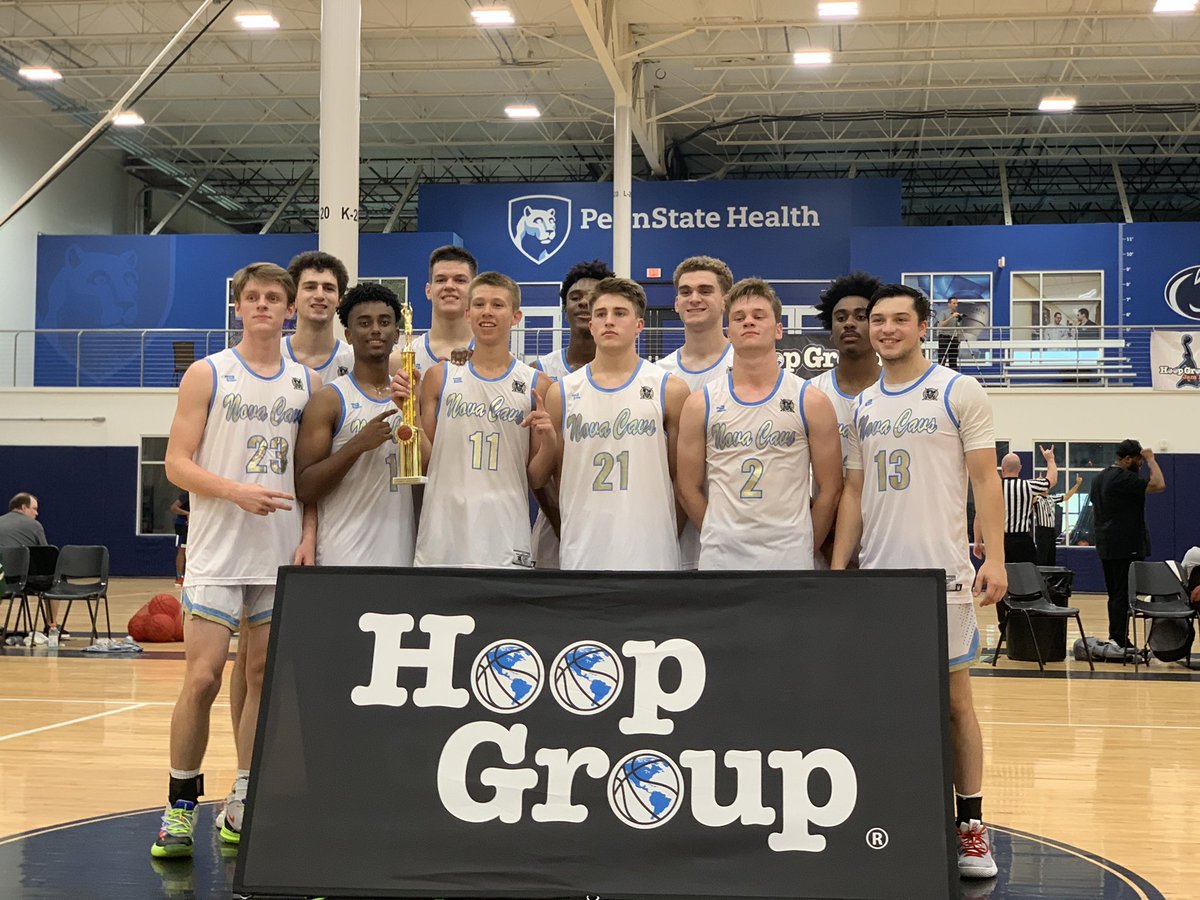 NOVA Cavs 17U-Lin’s team winning the Platinum Bracket Championship of Hoop Group Summer Jam Fest at Spooky Nook in Manheim, PA this past weekend Manheim, PA –  Our older age groups and six of the top NOVA Cavs teams were in action this weekend.The 17U Cavs-Lin team went a perfect 4-0 and once again were crowned as the Hoop Group Jam Fest Champions;  the Summer Jam Fest title at Spooky Nook though was the first time in NOVA Cavs program history.  Coach Lin’s squad defeated Boys 2 Man, Chris Ward Basketball and Long Island Lightning en-route to the Championship game, where they won an overtime thriller over East Coast Cyclones (NJ) to cap off the tournament.  Congratulations goes out to this group of talented […] 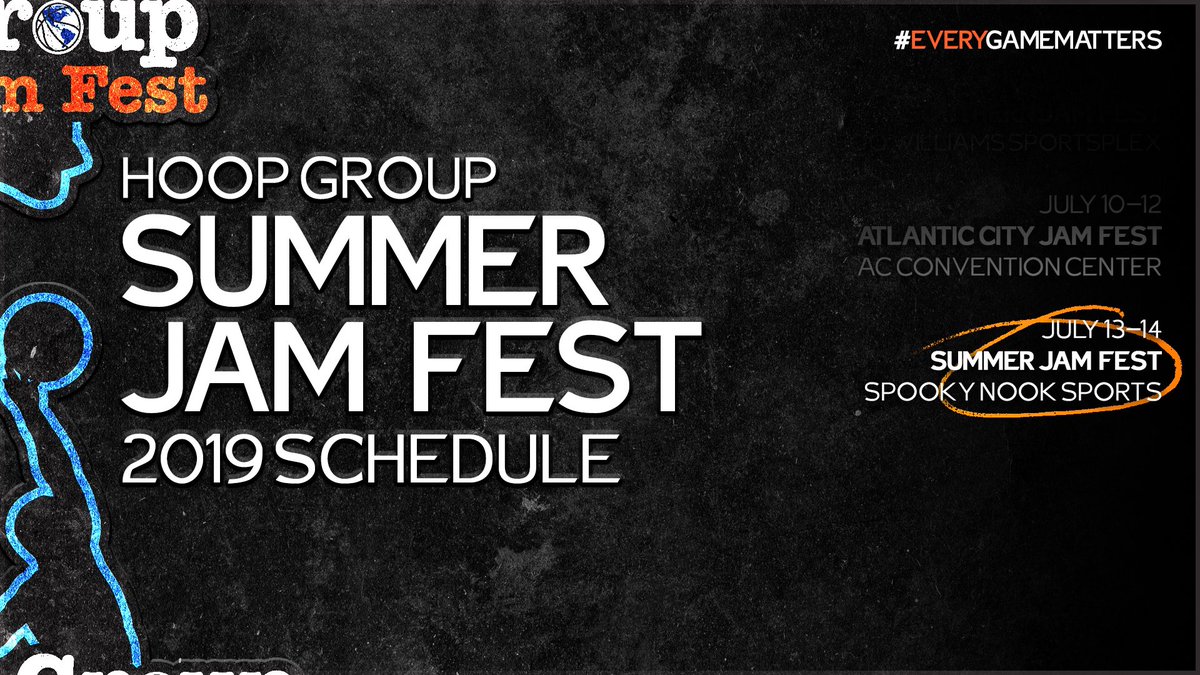 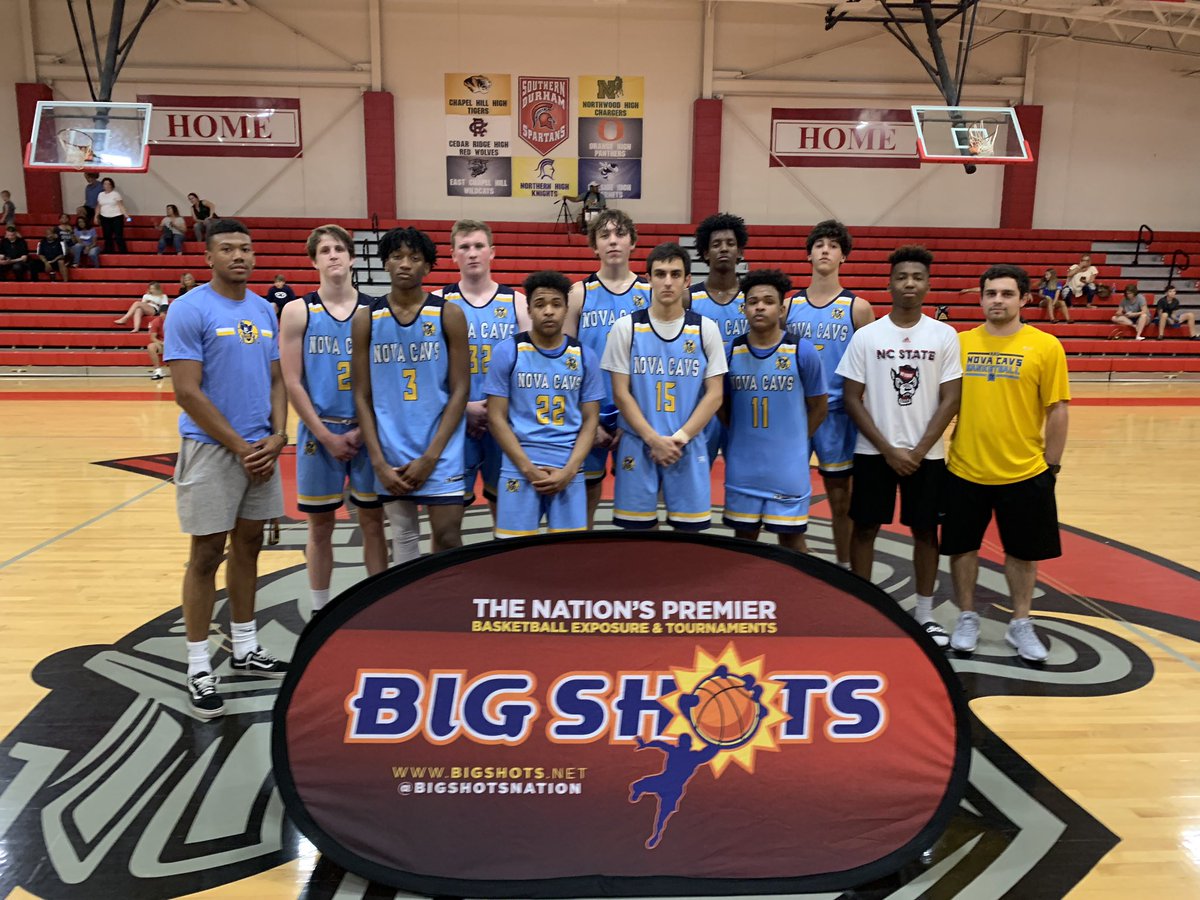 NOVA Cavs 16U-Callaghan’s team winning the Silver Championship of Big Shots Carolina Invitational Tournament at Southern HS in Raleigh, NC this past weekend Raleigh, NC / Boyds, MD / Upper Marlboro, MD –  Six of the NOVA Cavs teams were in action this weekend.Our 16U-Cavs Callaghan’s team won the Silver Bracket Championship in the Big Shots Carolina Invitational at Raleigh, North Carolina.  After losing the opening round game to Garner Road – West, Cavaliers won three straight games over Garner Road – Whitley, Triple Threat Triumph and Big Shots Elite West Virginia.  The Cavs finished 3-1 in one of the best events in the east coast.  They will look to carry this positive momentum as they continue on in July.The 13U-Cavs DeSenti, 15U-Cavs Sullender and 16U-Cavs […]

Big Shot Carolina Invitational16U-Callaghan, 16U-Gray Mendes, 15U-Sullender and 13U-DeSenti will travel down to Raleigh, NC to play the Big Shots Carolina Invitational this weekendDMVElite Super Team ShowcaseOur 17U-Fort and 17U-Lin will both participate in the DMVElite Super Team Showcase this weekend in Upper Marlboro, MDMD Flame Red, White and BlueThe 17U-Fort and 17U-Lin will also both play in the MD Flames Red White and Blue in Boyds, MD this weekend

Hello Nova Cavs Families,We have our last Program Fundraising event of the 2019 season!!The Chipotle in Tyson’s will host a Dinner Night for the entire Cavs organization on Tuesday, June 25th from 5pm – 9pm. All purchase (with the flyer on the day of the fundraiser) will have part of the sales donated back to the NOVA Cavs program.Come grab a quick bite to go!! No dinner reservation is needed this time. Just show the restaurant the promotional flier (click here) and support our last fundraiser of the year!!Tyson’s Chipotle8461 Leesburg Pike Suite A, Vienna, VA 22182Thanks for your support of the NOVA Cavaliers!!

NOVA Cavs 13U-DeSenti’s team winning Crossover Hoops Battle of the Beltway Tournament at Meadowbrook Athletic Complex at Ellicott City, MD this past weekend Ellicott City, MD –  Three of the NOVA Cavs teams were in action this weekend.The 13U-Cavs DeSenti’s team won their second consecutive tournament in the Crossover Hoops Battle of the Beltway at Ellicott City, Maryland.  Cavaliers went 3-1 in the event with quality wins over Team Askew and Maryland Gators, then defeated LR Ballers – Shomo in the final to avenge their only loss in the pool-play.  Our 7th grade group are now an impressive 27-8 record on the year!  They will travel to play in Raleigh, NC in a couple weeks to conclude their fabulous season on a […] 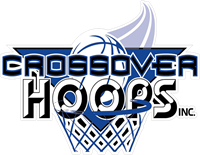 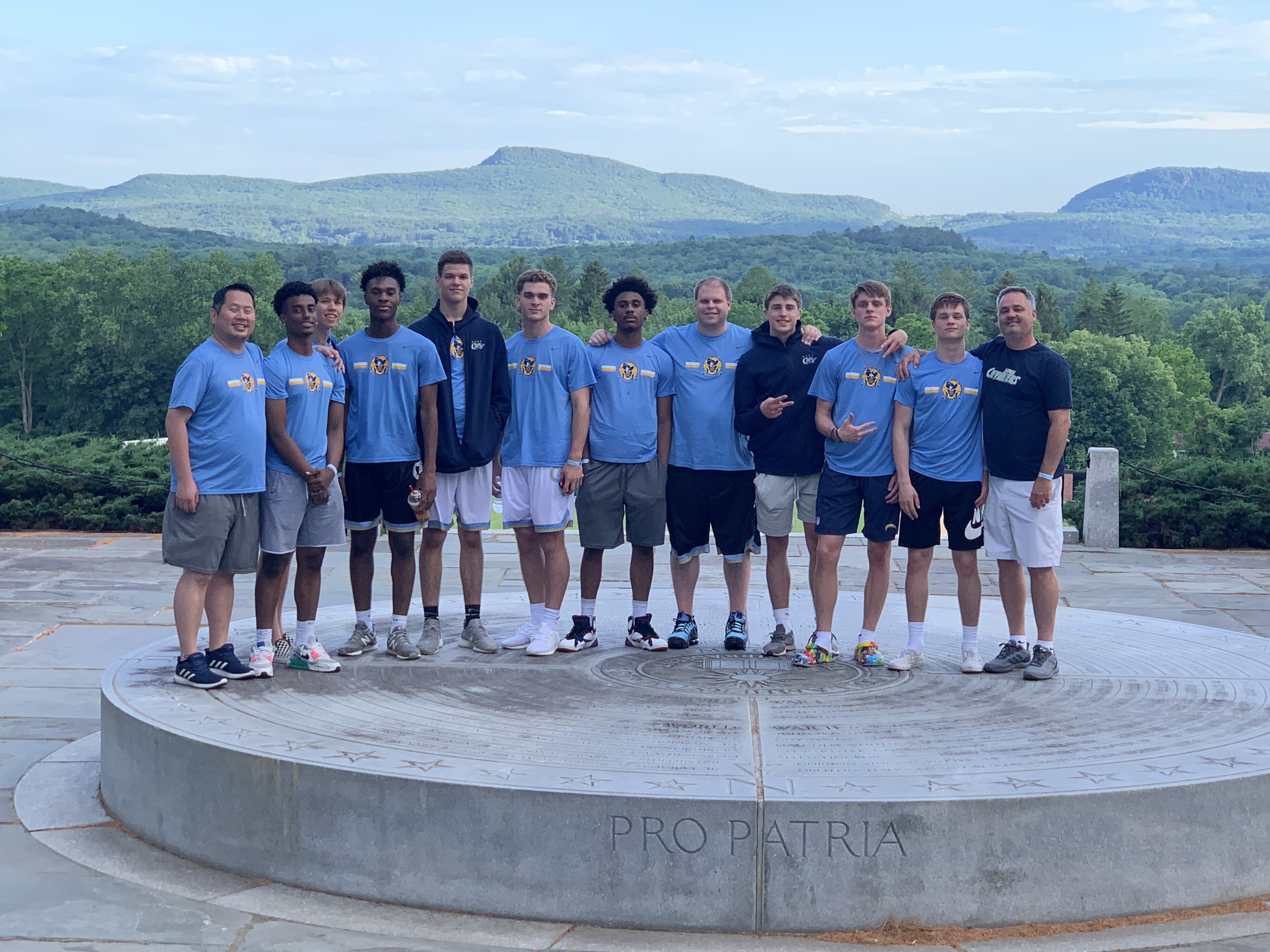 NOVA Cavs 17U-Lin team visiting Amherst College in Massachusetts this weekend in their New England Tour Springfield, MA / Woodbridge, VA / Boyds, MD –  Six of the NOVA Cavs teams were in action this weekend.Our 17U Cavs-Lin continue their hot streak in June as they went up to New England area to play in the BasketBull Summer Tip-Off tournament at Springfield, Massachusetts.  The Cavaliers represented the program well as they rolled over New Haven Heat, Paper City Santos, PHD – Bethea and Boston Bobcats.  Coach Lin’s squad is now 10-0 in their last ten games in June and took home their third Tournament Title of the season.  Congrats to the team as they move into their last portion of their intensive […]